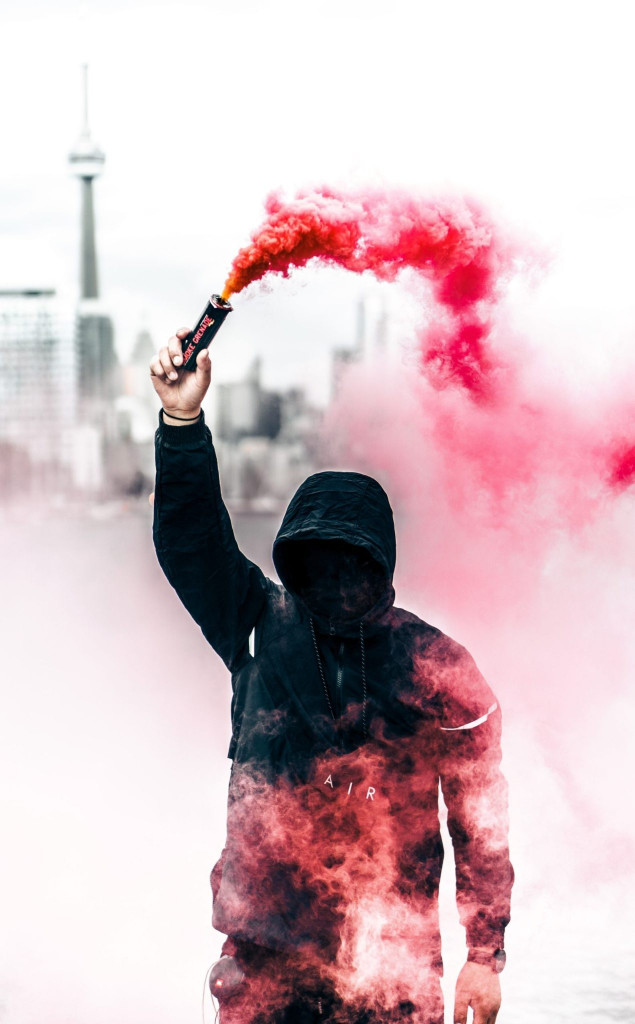 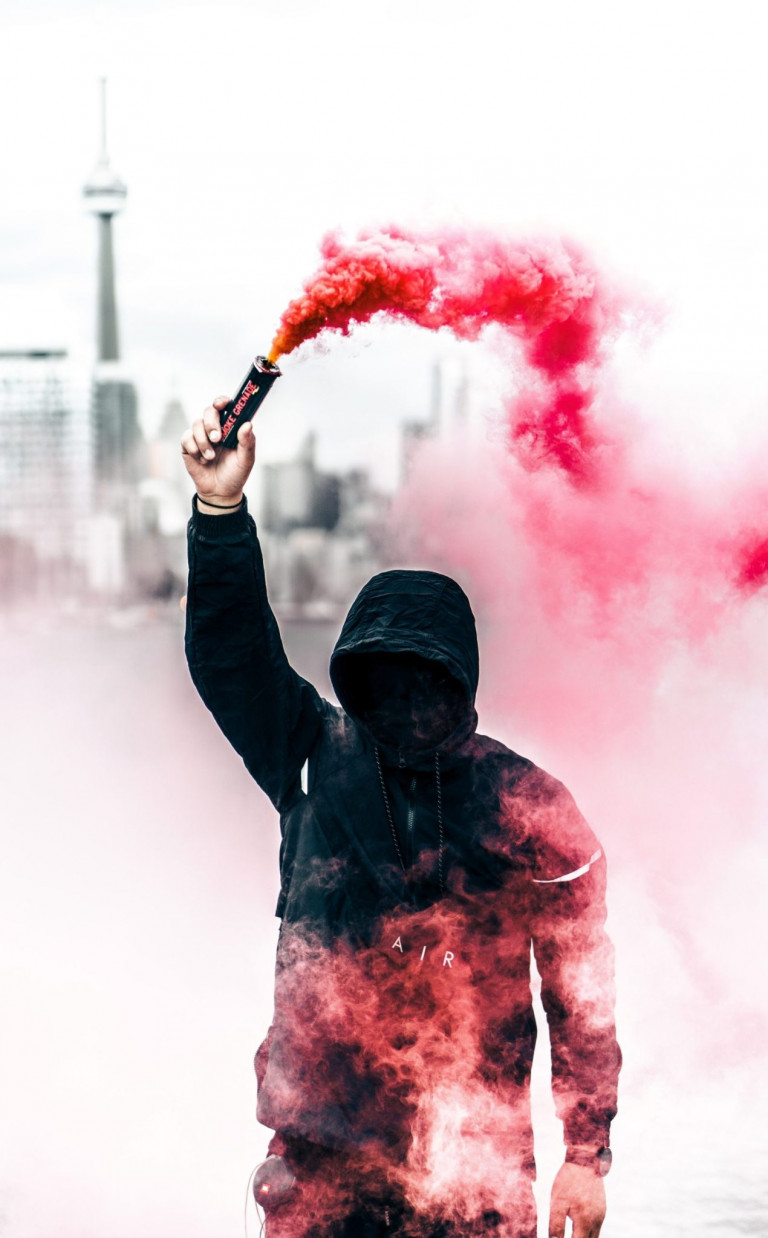 Like many of us bloggers, I began writing to share my unique experience of the world with others. I wanted to build my brand around the fact that I share my real, honest experiences with all of you. I am many things. A Christian, a Woman, a Wife, a Brit, an Expat but the perspective that I write from the most is that of a Black person. Not because I want to but because I am often forced to. Because it’s something that will catch up to you even if you try to hide from it…

As a lifestyle blogger who lives in the UAE, I’m constantly asked what it’s like for Black people living here. Is it safe? As a traveller, I have to do extensive research about the country I am visiting before I book my flights. I need to know if it’s safe for Black people. As one of the few Black teachers, I was asked by a fellow colleague ‘what was it like growing up as a Black person in the UK.’ As if I could give him a breakdown in a few sentences. My Blackness defines me the most because even before I’ve opened my mouth, I’ve already been placed into a box.

And now, because it was caught on camera (our word was not enough before smartphones apparently) people are starting to believe that this racism – that has reared us – actually exists. I’m glad people are starting to wake up but for me, for the 30 years I’ve been on this earth, the damage has already been done. And I am tired. We as a community are tired.

In this post, I will attempt to explain some of my other thoughts and feelings surrounding racism in the wake of George Floyd’s brutal murder by the police. Because George was Black, an officer knew that the law in his country empowered him to treat this man as less than human and that even if he killed him, that same law would protect him. He knew he would face minimal or no consequences. Have we not failed as a society if we keep allowing these things to happen? 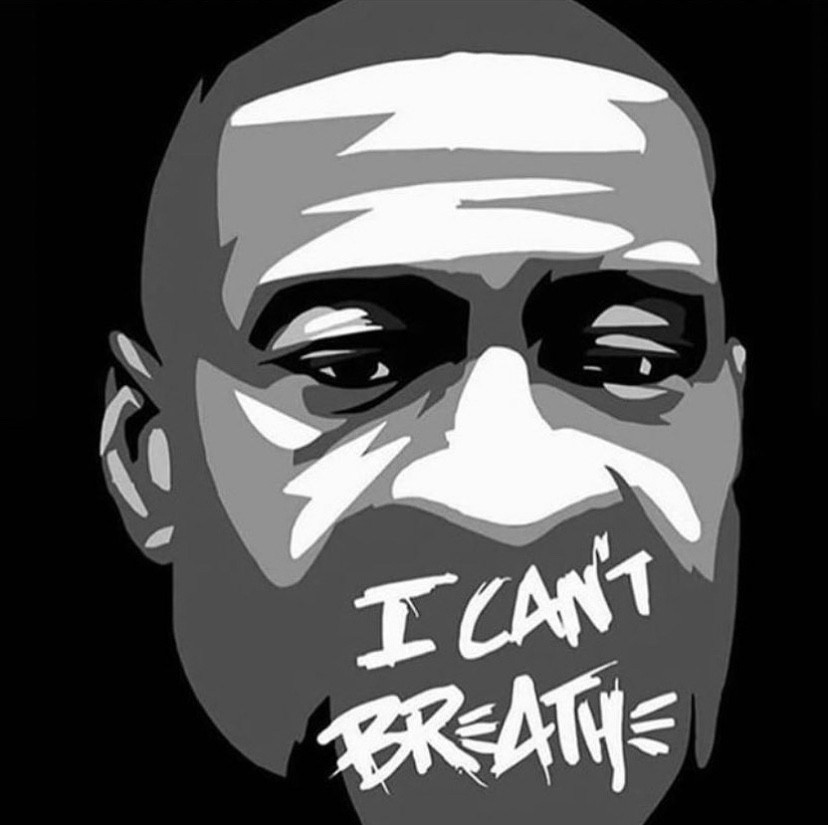 I am so sorry that you died. You didn’t have to. You shouldn’t have died. But someone thought that your life meant nothing and that because they believed you were less than human, they could treat you however they felt like it. I’m sorry that you are another name added to a long list of dark-skinned people whose lives were not deemed worthy of dignity. And who obtain no justice. I’m sorry we couldn’t save you but we are doing everything in our power now to save your brothers, your sisters, your sons and your daughters. Your life was not lived in vain. You are valued. You are special. You are loved by God. Your presence has shaken the earth. Rest In Power, King.

For someone who prides herself on being authentic, I’ve spent a considerable amount of my life being afraid to be myself. I’ve been scared of getting labelled as ‘the angry black woman’ if I express myself. So I’ve toned things down and, in some cases, been over-submissive in an attempt to avoid being labelled. In my waitressing job at TGIs during university, I allowed myself to be bullied by my bosses instead of standing up to them for the unnecessary ill-treatment I received. 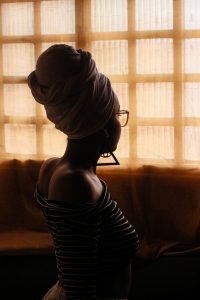 At a separate summer job, I didn’t fight back or raise awareness when I was fired after the floor manager lied and said I was ‘aggressive’ towards her. Nobody questioned it. It was a busy first day and I was asked by my line manager to stay till close to help them out, this was quite common in hospitality jobs. My line manager, who did not stay himself, told me the company would pay for my taxi home and so I agreed. But at the end of the night, when public transport was no longer running, the floor manager refused to honour the policy. Apparently we had finished 10 minutes before the time the company were contracted to pay for a taxi for us. Two 19-year-old girls would be stranded on the other side of London. The other girl burst into tears and I was left to advocate for us. Eventually, she took pity and ordered us a cab, but I was fired the next day. Her reason? Apparently I had an attitude problem. Who would argue with that?

I’m no longer allowing this kind of behaviour. A manager knew she could play up to the stereotype to justify her decisions. An officer felt that he could treat George Floyd without dignity because of the colour of his skin. I’m not staying silent anymore about these injustices. They are not ok.

There are so many things we’re feeling right now. We are in the midst of a global pandemic but racism is no respecter of persons. It’s traumatising and draining to be constantly exposed to unfair treatment followed by a lack of justice. It’s also exhausting having to talk about these things and explain it to others, who may not agree or may not see what you’re seeing. I, for one, am exhausted. Take action but please make sure you are taking care of your mental health too.

So where do we go from here? Are violent protests the answer? Have people taken peaceful protests seriously in the past? Do we need a combination of both? Do we need a Malcolm as well as a Martin? Are we marring the memory of George Floyd by burning down cities? Is police violence different from civilian violence? Who defines that? Are we more outraged by civilian riots than police brutality? Are we focusing more on the violence than the cause of the violence? Are we about to use the violence as a reason to ignore institutionalised racism? I’m not sure how to feel exactly and if you don’t either, that’s okay.

All I know is that in the past, progress has been made when people are a) organised b) from diverse backgrounds and c) have a variety of methods. 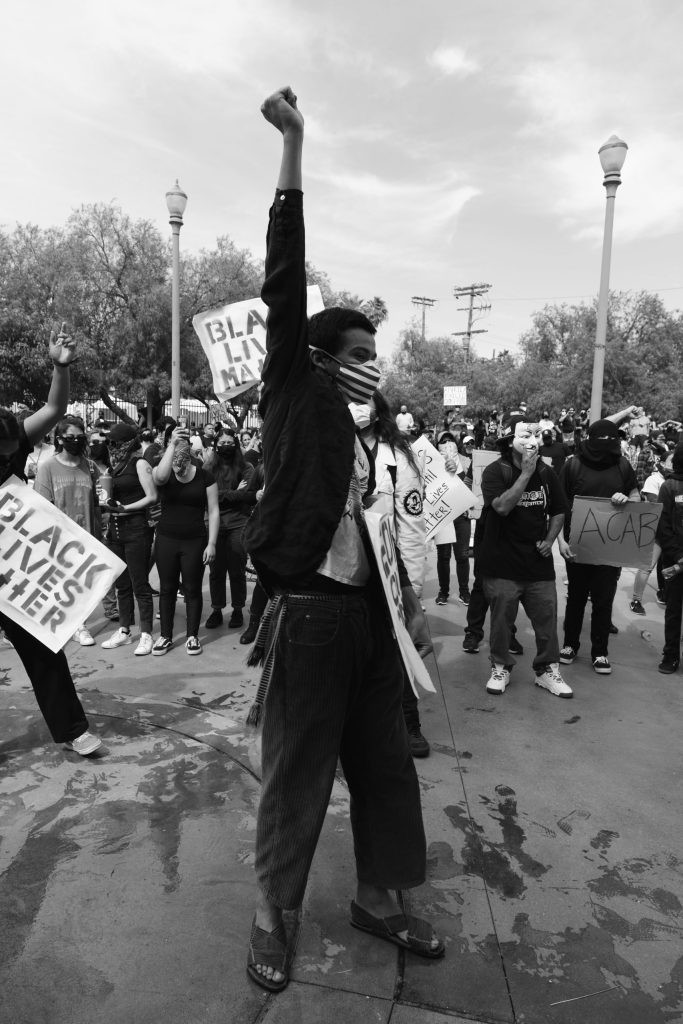 We can support with our voices, our finances, our political power.

We’ve been here before, we know the authorities will report underlying complications and the media further purport this to ensure that this officer, like the officers before him, does not go to jail. Because then America would have to admit they have a race problem. We know the verdict. The system is not about to change but we must. We need to find innovative ways of protecting ourselves against a country, and a world, plagued by White supremacy and injustice.

“Racism is not getting worse. It’s getting filmed.”

It’s more recently been caught on camera but we’ve known these things have been happening for years. But we’re glad we have your attention and that we’re finally being believed. Please consider that these sorts of things did not disappear when slavery was abolished or during the 1960s but have been prevalent throughout our lifetimes. The out-workings may have changed but it is something that still affects all of us to this day.

I think many Black people have felt our White counterparts have been (and continue to be) silent on the issue of racism in our societies. Some White people have felt that ignoring the issue may have caused it to go away and some honestly believe that it no longer exists. This may be because they haven’t personally experienced it or possibly because it doesn’t always present itself in the way it used to.

If you want to be an ally but are not sure how, here’s some advice. Be willing to have uncomfortable conversations, especially ones where you will be more like the student than the teacher. Don’t come with any preconceived ideas or try to prove your own points, just listen. If you really want to know about the plight of Black people there is a wealth of content online. Do your research so you are better informed. Ignorance is no longer something we are prepared to put up with.

The main point I want you to take away from this is that this is not an issue that Black people should have to deal with by themselves. It’s a ‘human issue.’ We have been recipients of hate for too long. And we’ve had enough of proving to others that we do not deserve to be treated like and die like animals. We are humans too. And we have done nothing to deserve this. 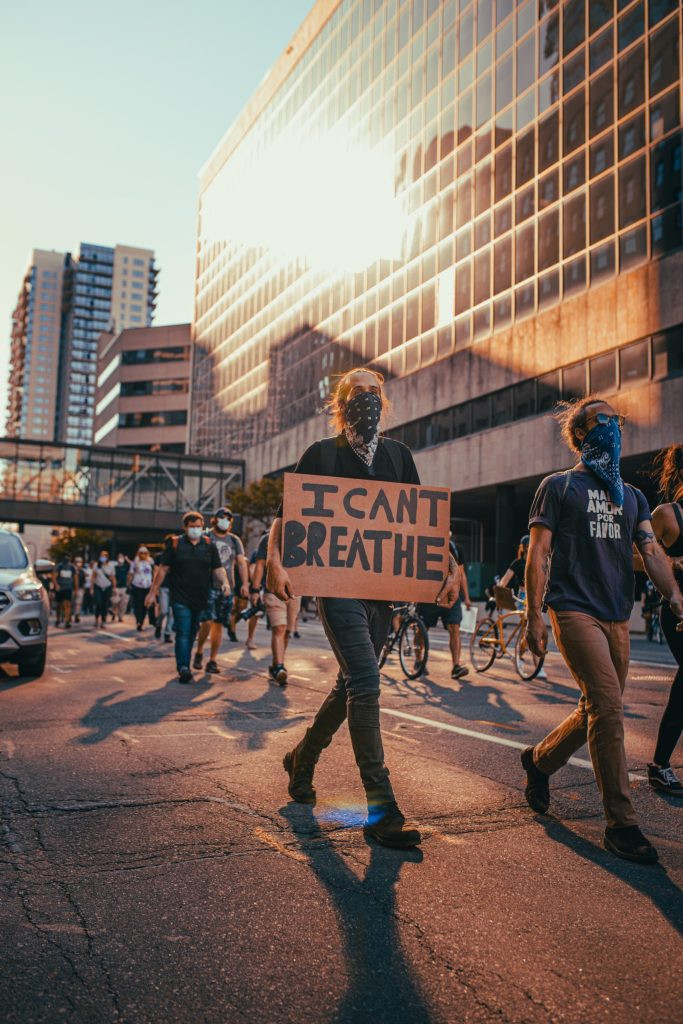 We know not all White people think this way, some of you have been allies for a long time and share our sentiments. Thank you. And for those of you who are new to this and are trying to understand and help, thank you too.

We’ve been so vocal about COVID, why not about racial tensions that are affecting some of us more than the virus?

Now that racism has been brought to our attention on a worldwide level, how should we be responding? In relation to COVID, a deadly virus that has infected the masses and taken innocent lives, we, as Christians have been reactive. Some would define racism in the same way. How will we react?

Like with COVID-19, have prayer drives been set up to pray for the family of George Floyd, Breonna Taylor, Ahmaud Arbery and the other Black lives that haven’t mattered in America? Have we put funds in place to help those who have lost loved ones or may be affected financially by the effects of George’s death?

Are we actively searching the scriptures to find out what God is saying to us during this time of social injustice and hate crimes being committed so frequently? Are we teaching congregations how Christ would want us to treat others and how to show up for each other in society? It should be a pretty easy preach. Are we convinced that we are all made in God’s image or has culture crept into our gospel and led us to believe that we are indeed ‘separate but equal?’

We should be prominent speakers in denouncing racism because it is against everything Jesus died on the cross for, rather than being the ones who remain silent.

What are your thoughts on the points I’ve raised? How are you feeling? Let me know in the comments below, really looking forward to hearing your opinions. 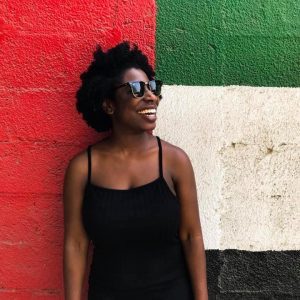 You can also find our more about her community, Afro Hair UAE listed here.